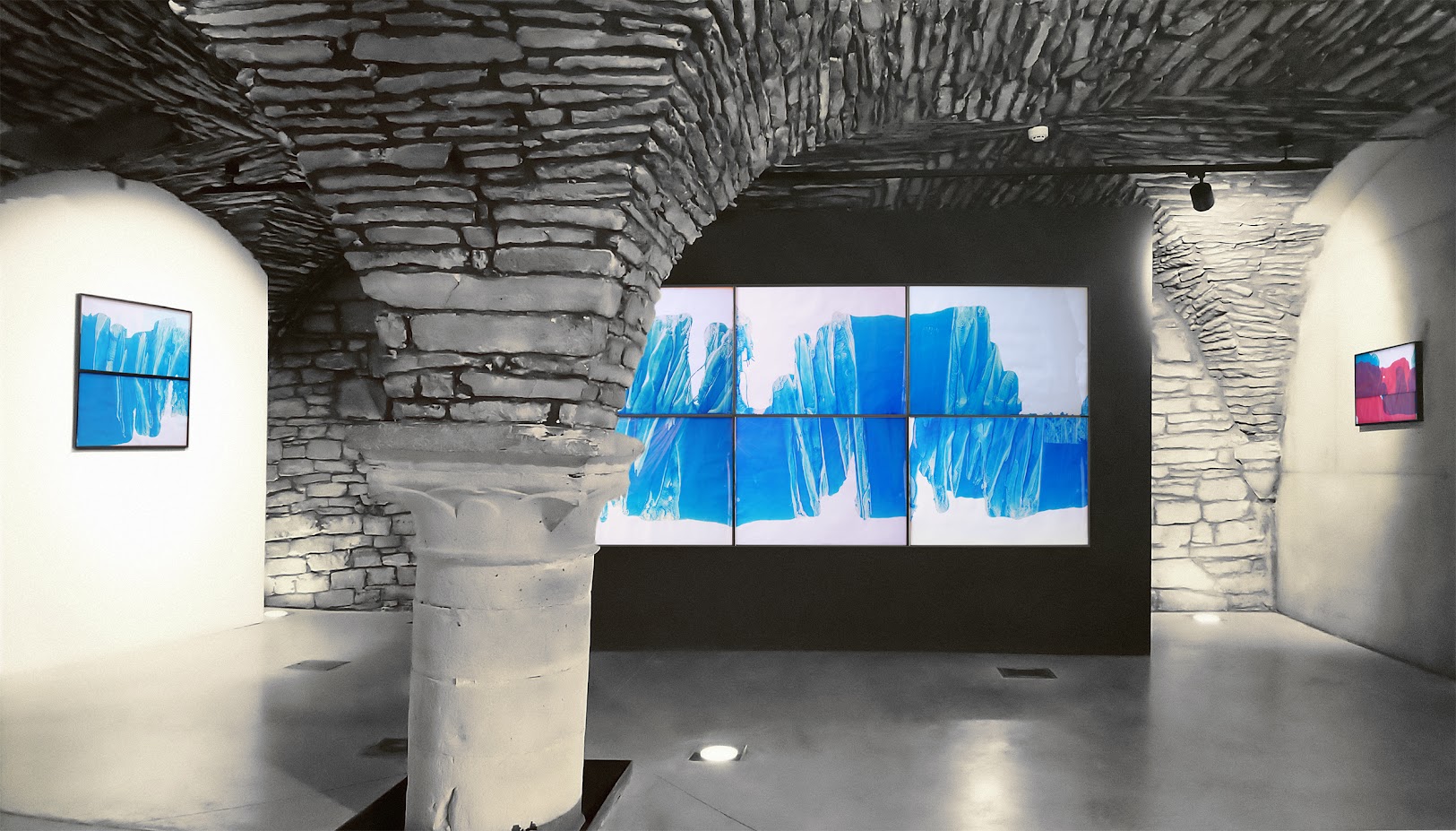 Belgo-Algerian, born in Germany, grew up in Algeria (Africa), then moved to Belgium where I live and work now as visual artist and designer.

What’s make a creative act, how much a process can be manipulated until a turning point? I tend to become part of the tools, to dissolved into the task, to listen what the process has to say by reducing my interventions. My practice unfolded as an ongoing journey, seeking to unravelled any intention. My work is based mostly with acrylic and paper. Large sheets of papers with different shapes are used as imprint. I define it, as a universal energy part of the natural forces, evoking rocks stratification, erosion or ice-melting of geologic phenomena.

In the “Flood” series, we can see large blue waves from which emerge figures like icebergs, mountains or abyssal canyons — a new territory is born, where liquid and solid matter dissolved into a single state. The work is formed from some sorts of fluke, followed by a careful selection from a huge quantities of discarded work — that materials become (often months later) an inspiration for a new composition.

After several years of exploration, a creative direction has appeared by it self, showing a specific narrative, moving back and forth between abstract and realism according the distance of the viewer with the artwork. At first glance, the artwork shows large blue strokes, as you get closer, the eyes dive into intricate details like rivers streams, waves, fractal biological shapes or geographical representations.

My work does not depict landscapes or any figures per se — it’s an expression of a common vital force, an experience about randomness and order. It is a no man’s land territory, the land of painting, direct matter on surface. The artworks are like windows, where the viewer can look into the direction of an imaginary horizon, far away to reach his own inner land. A visual meditation to seek greater perspectives beyond the self, an invitation to be totally present. 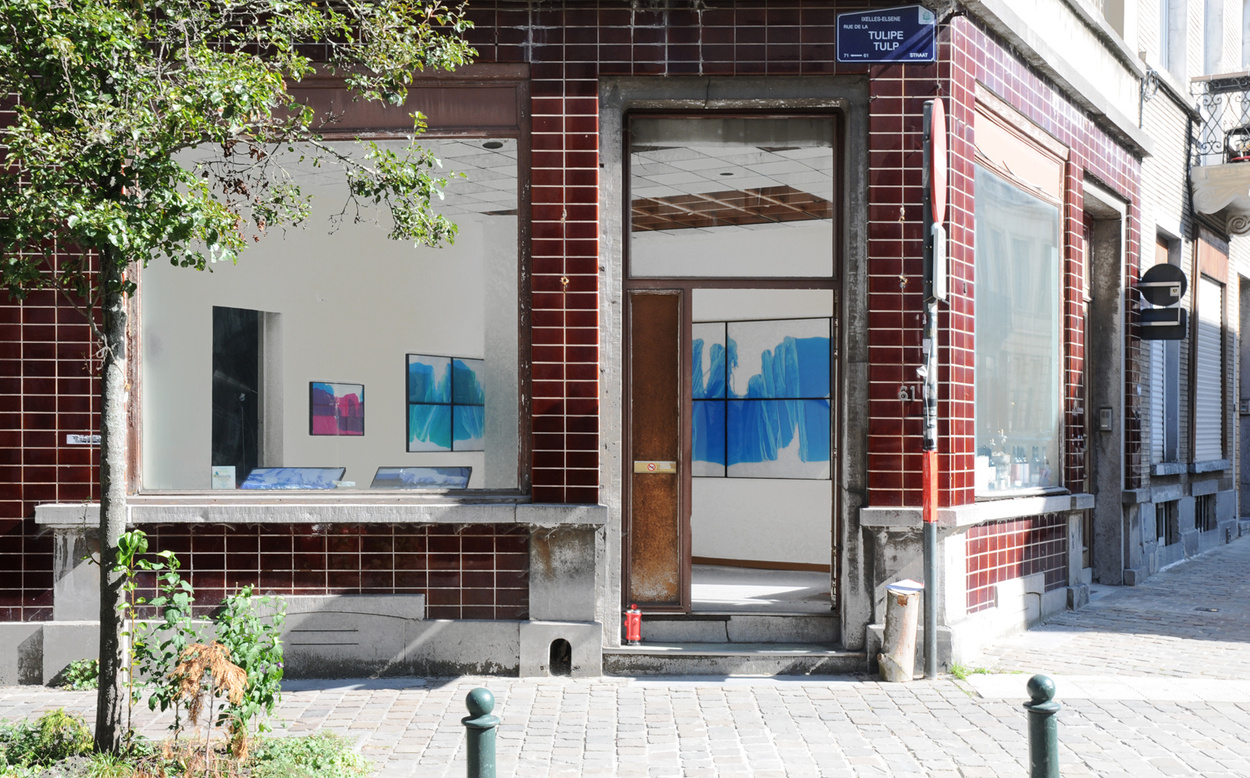